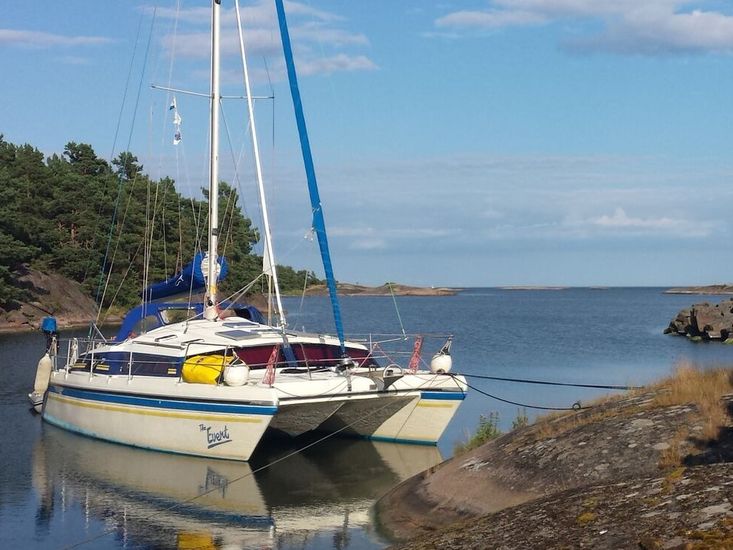 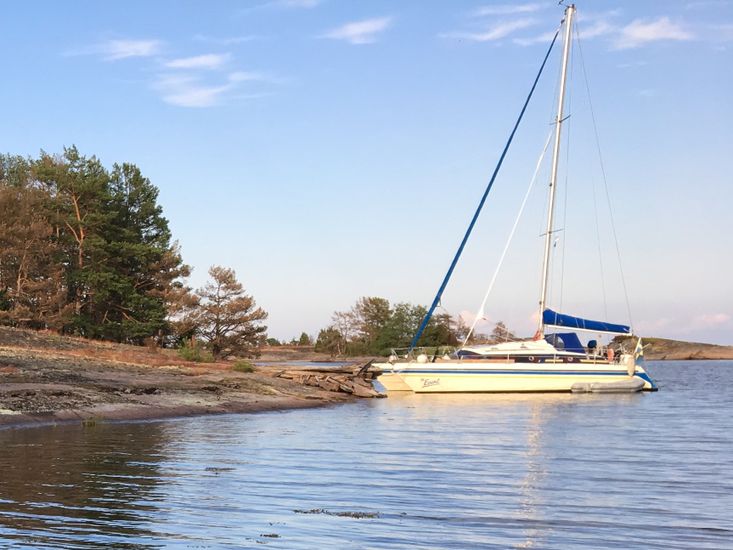 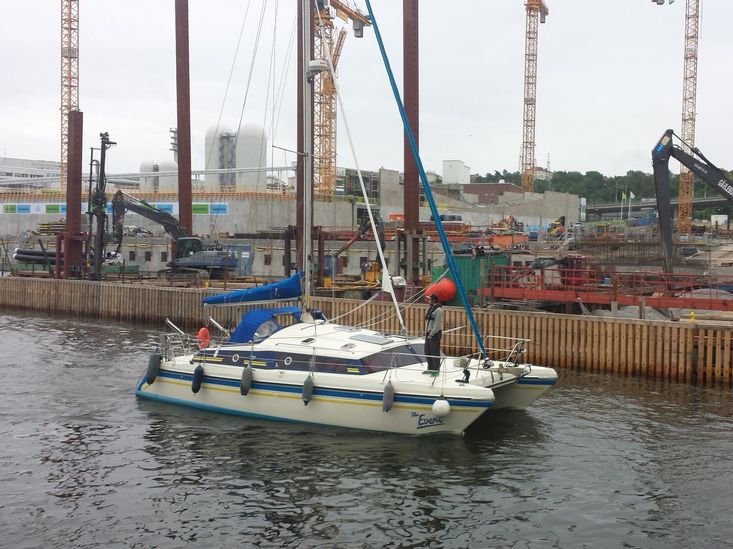 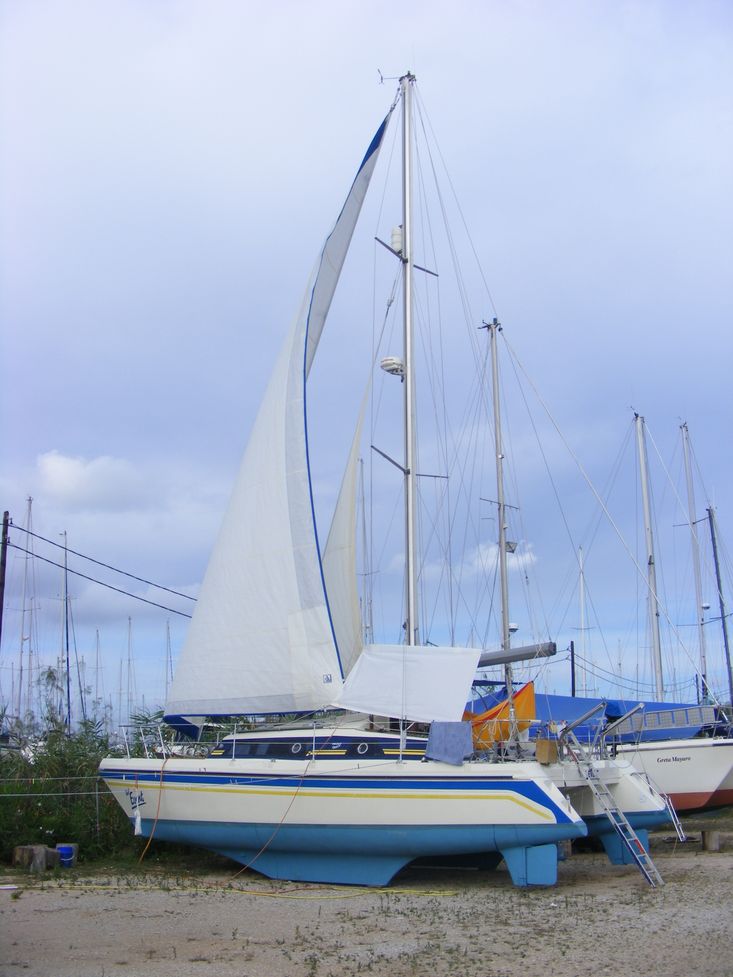 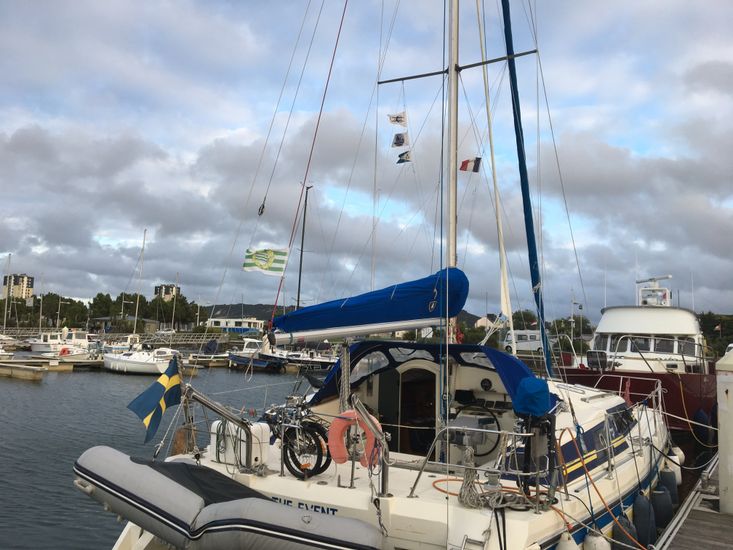 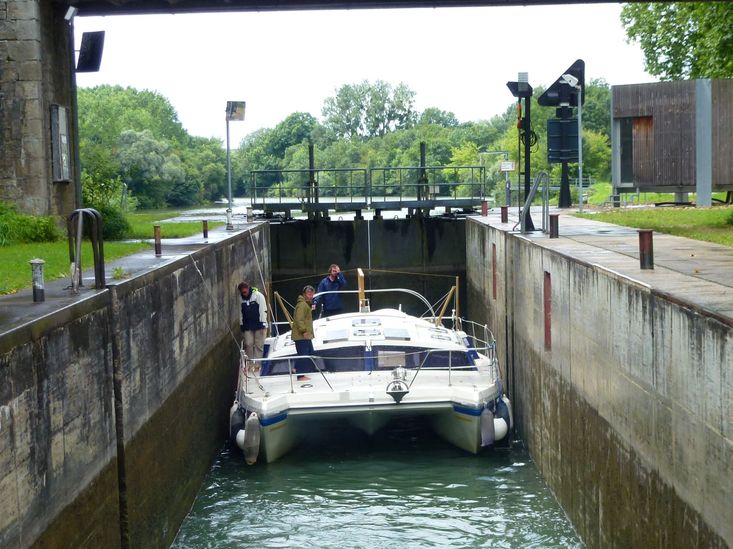 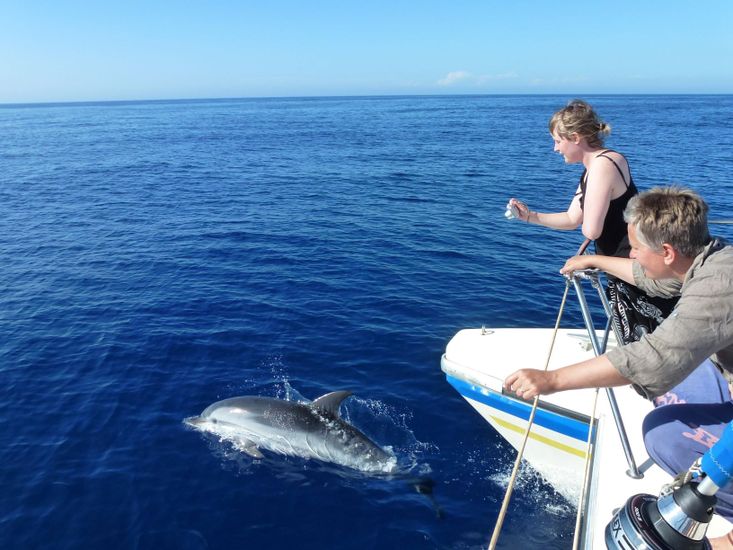 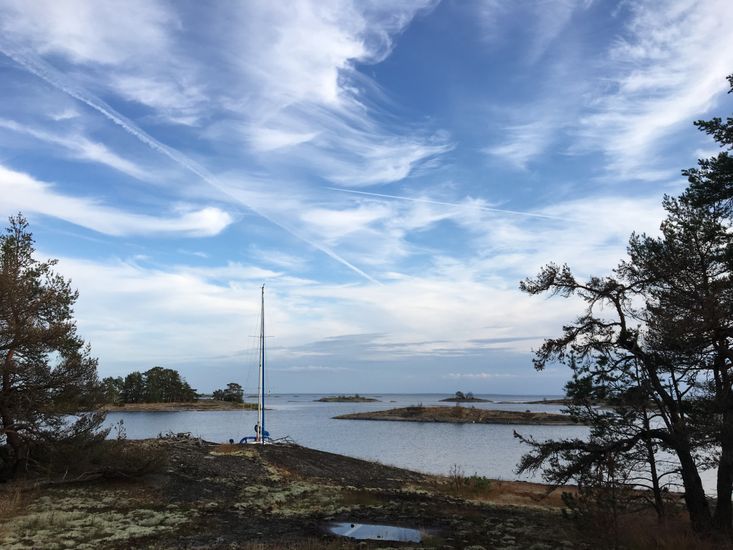 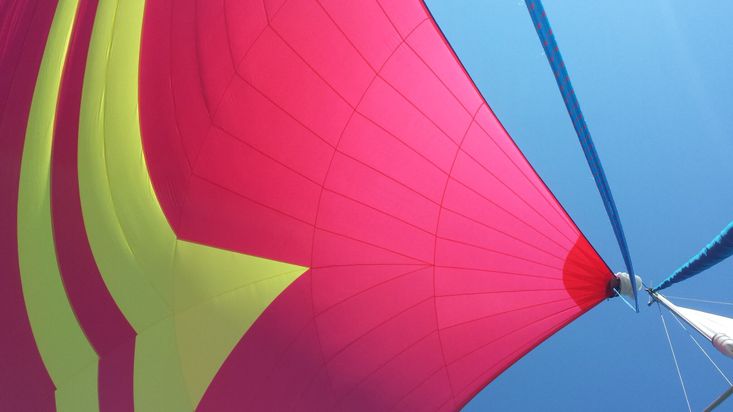 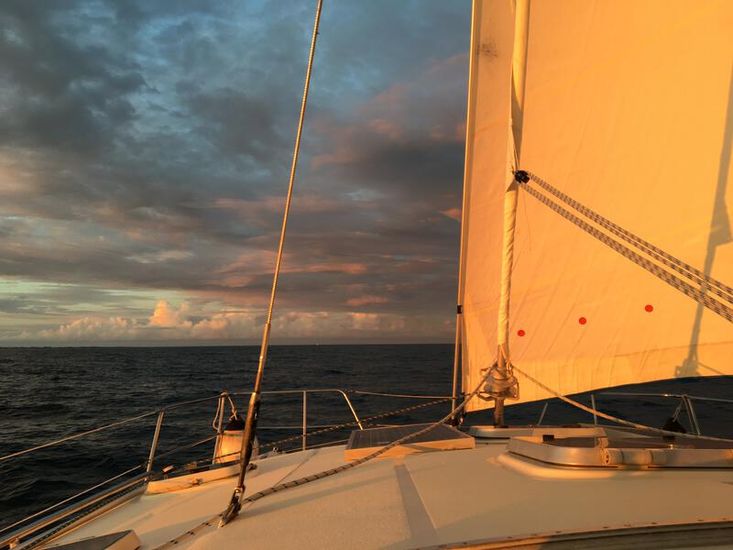 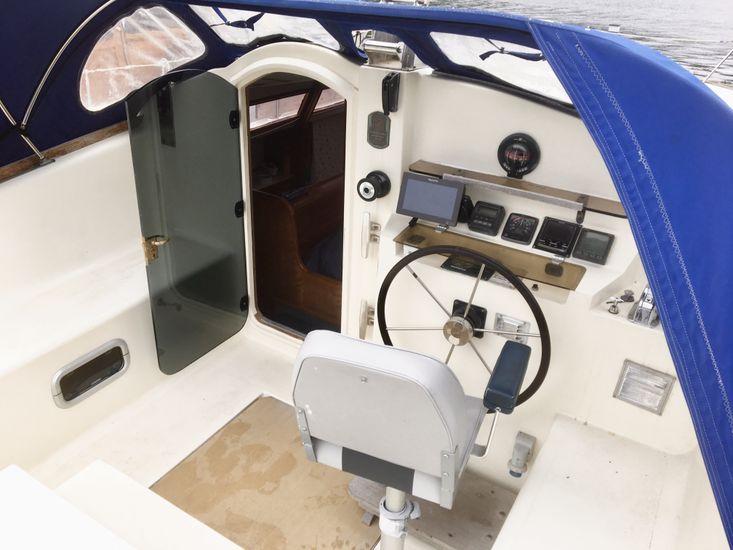 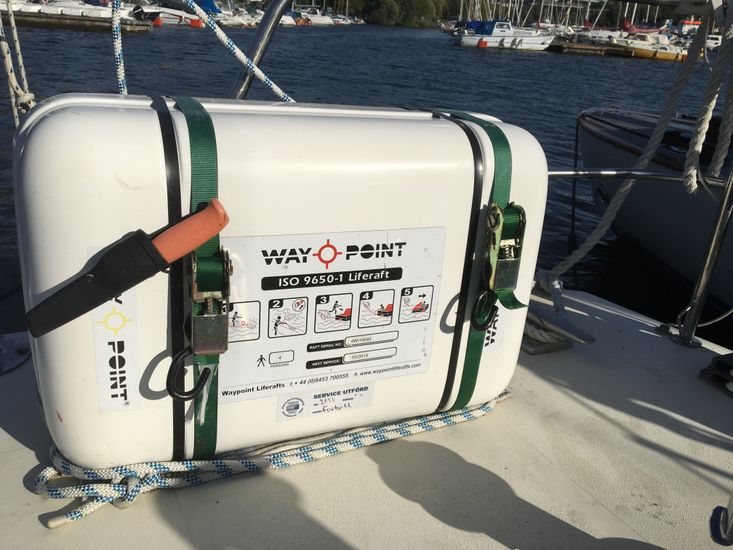 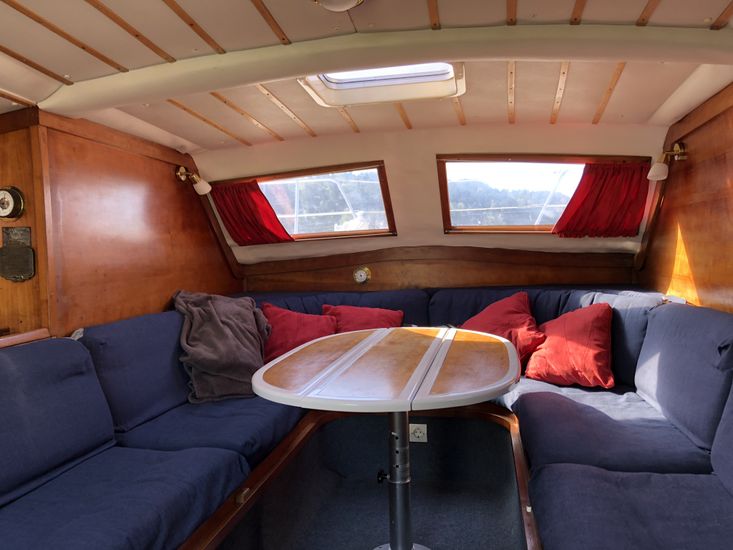 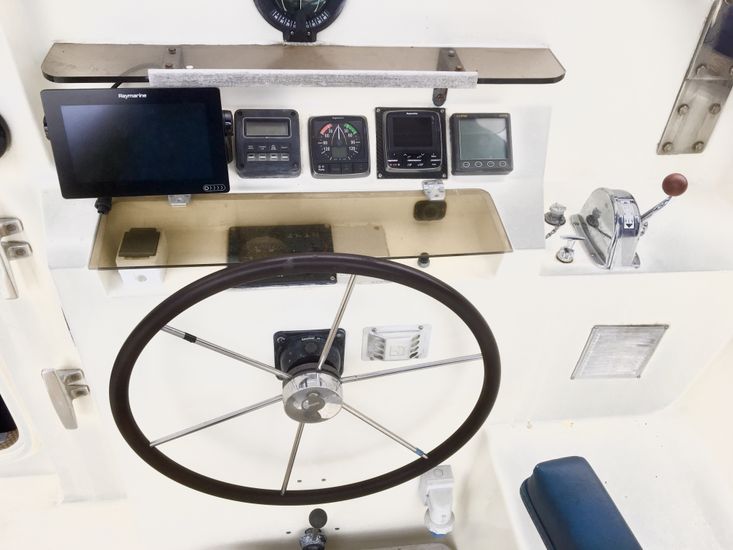 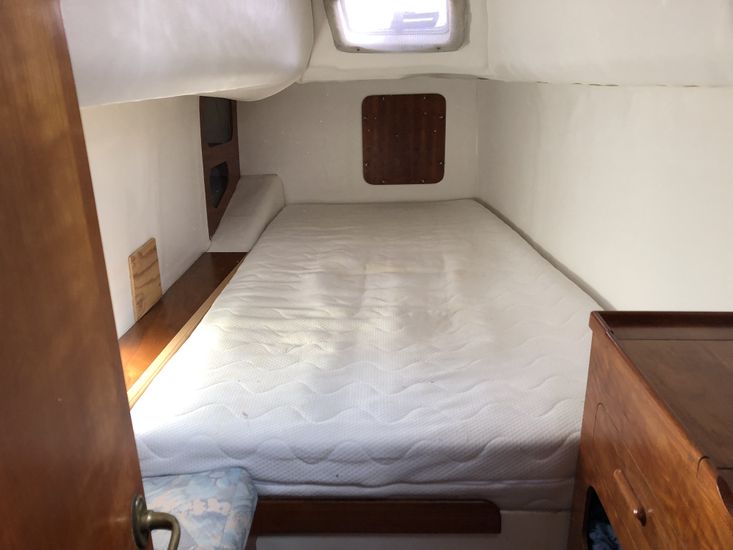 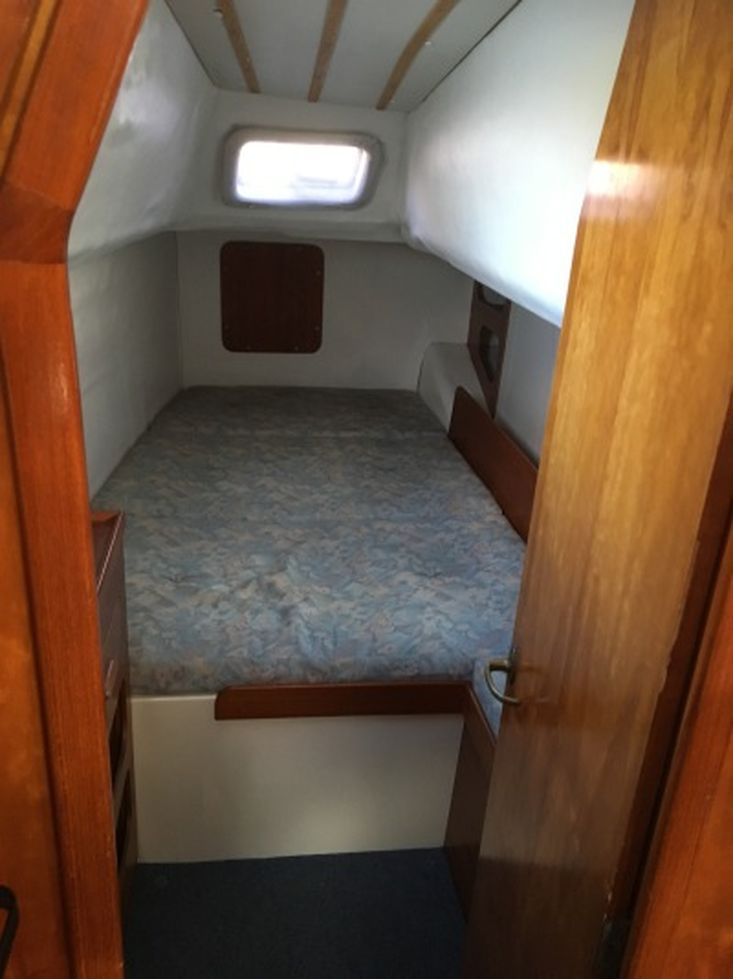 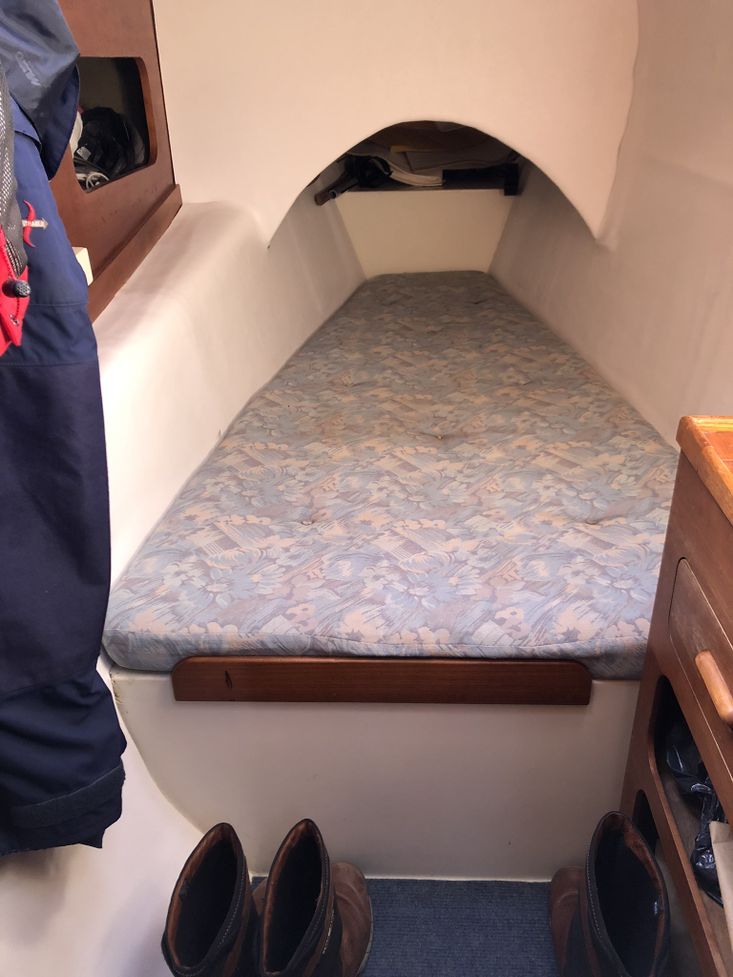 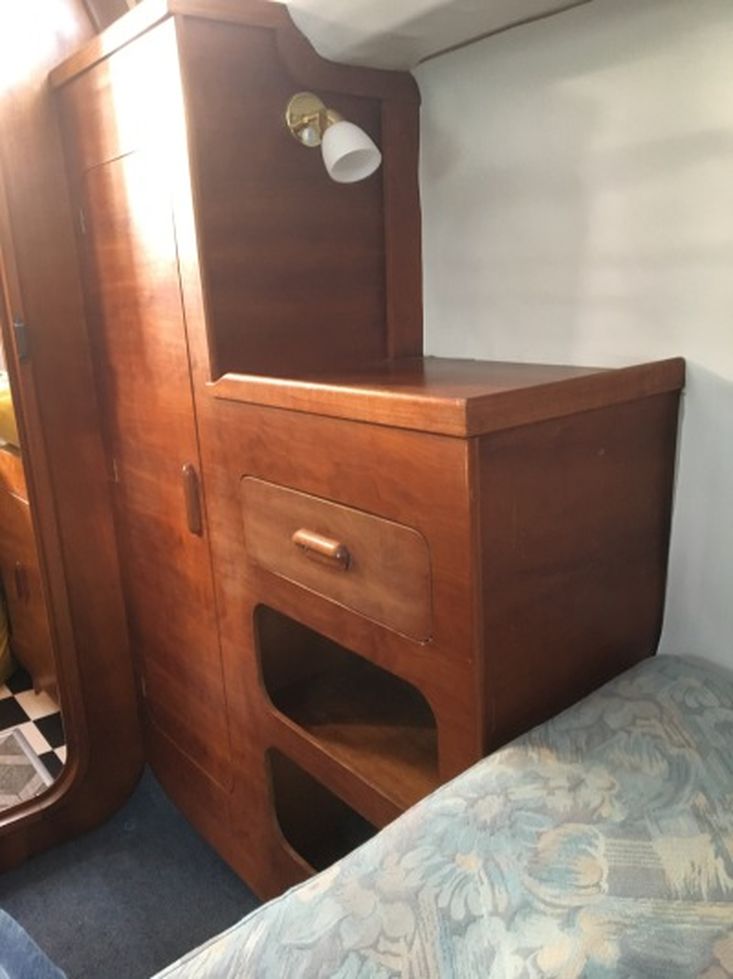 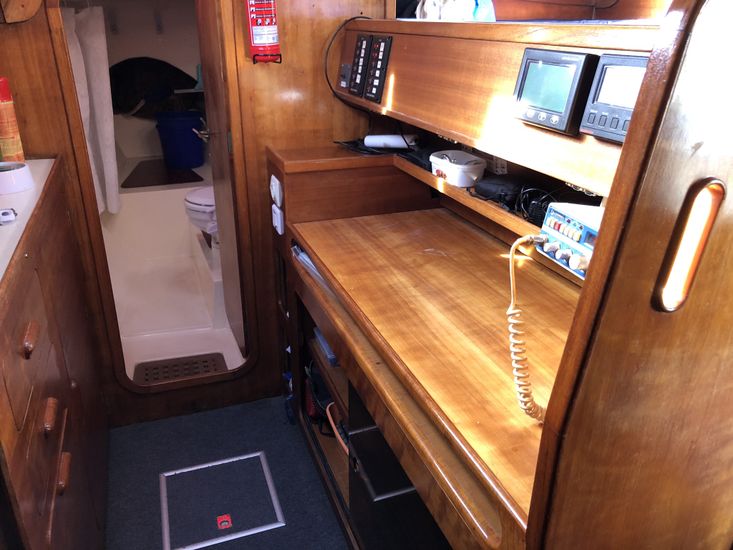 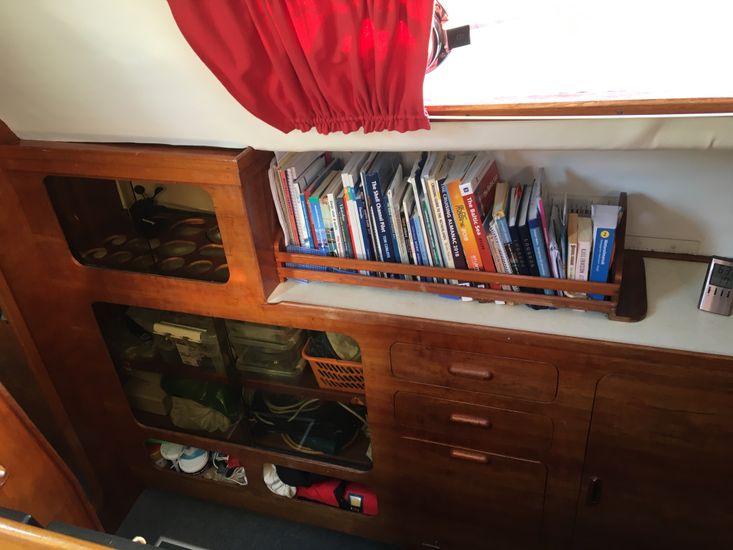 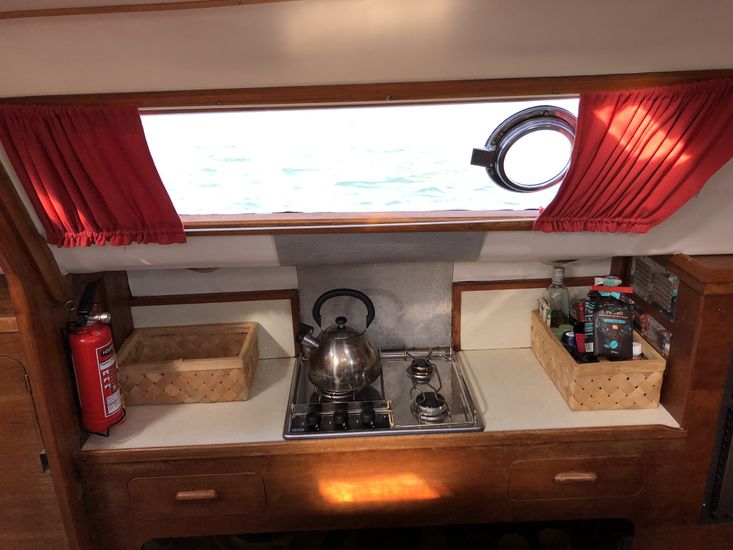 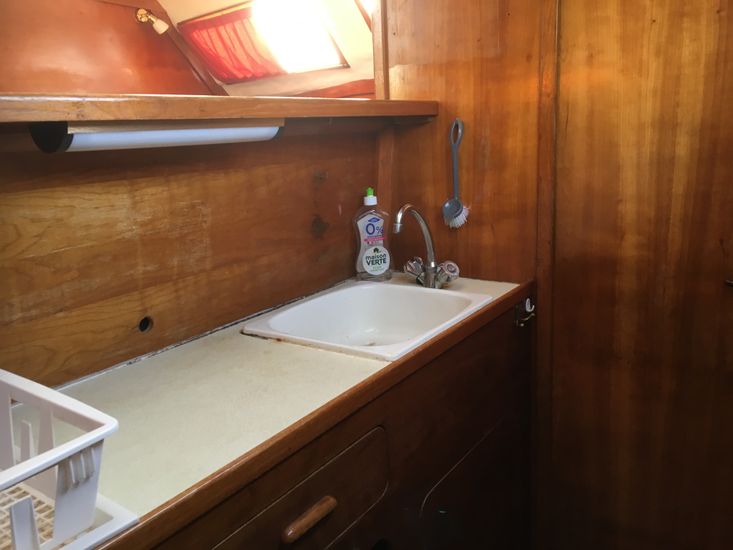 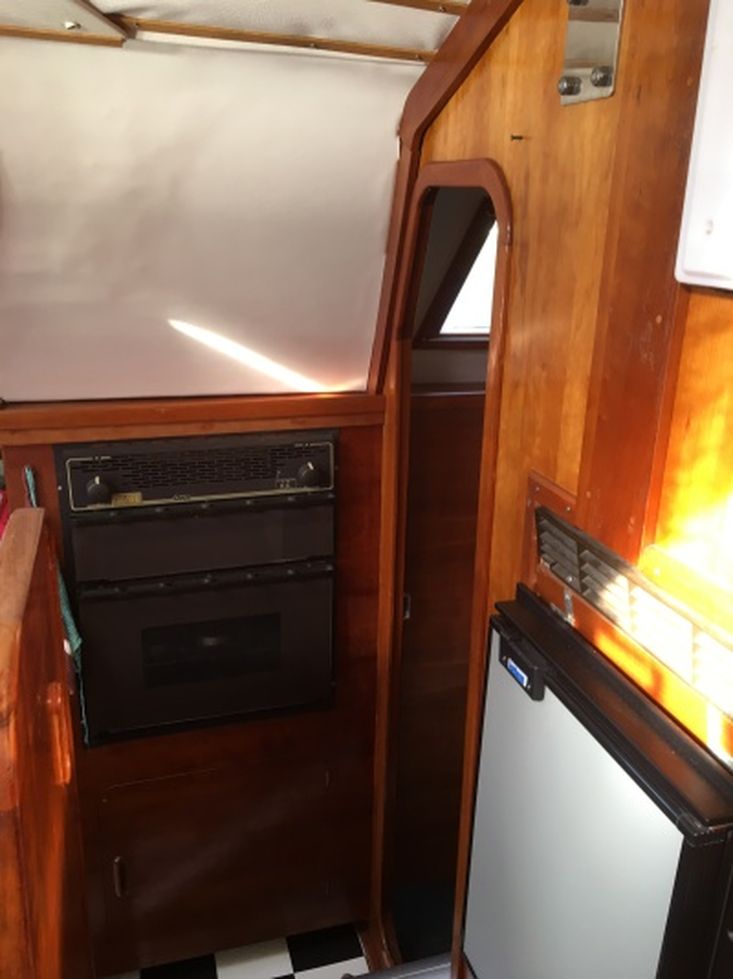 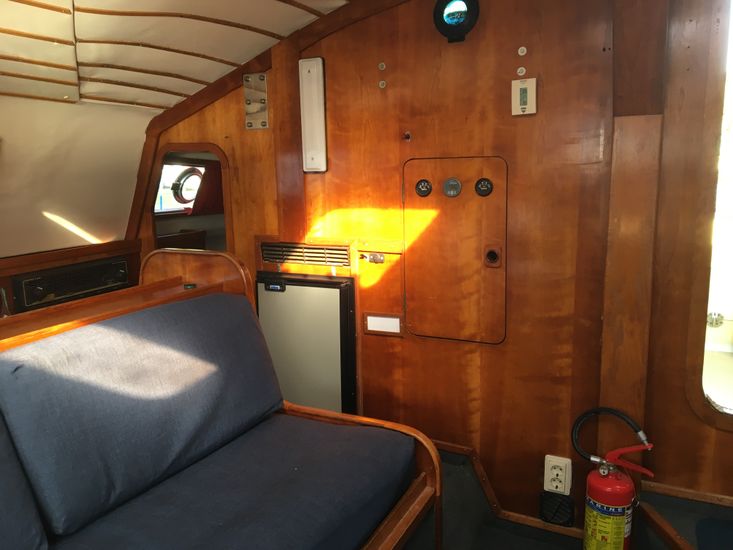 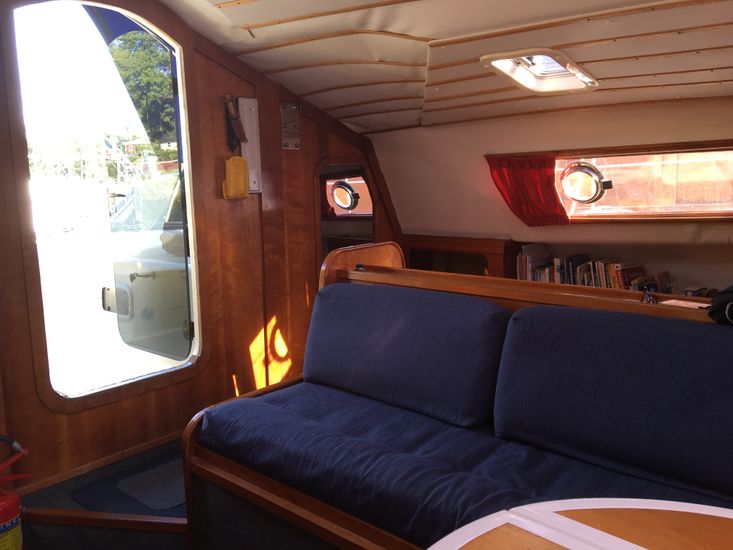 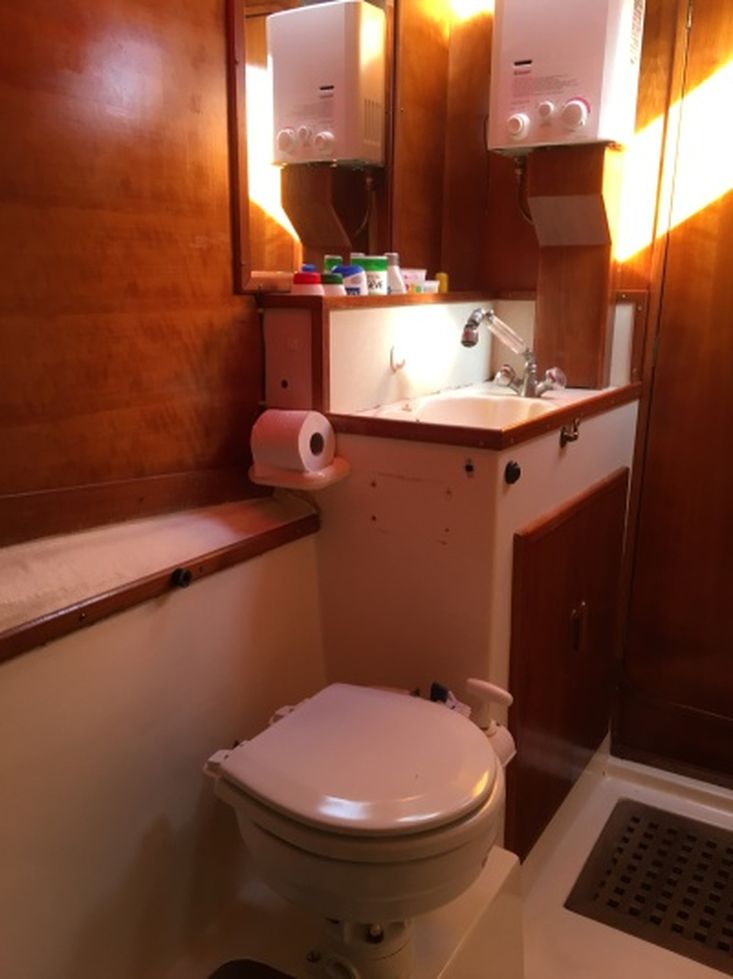 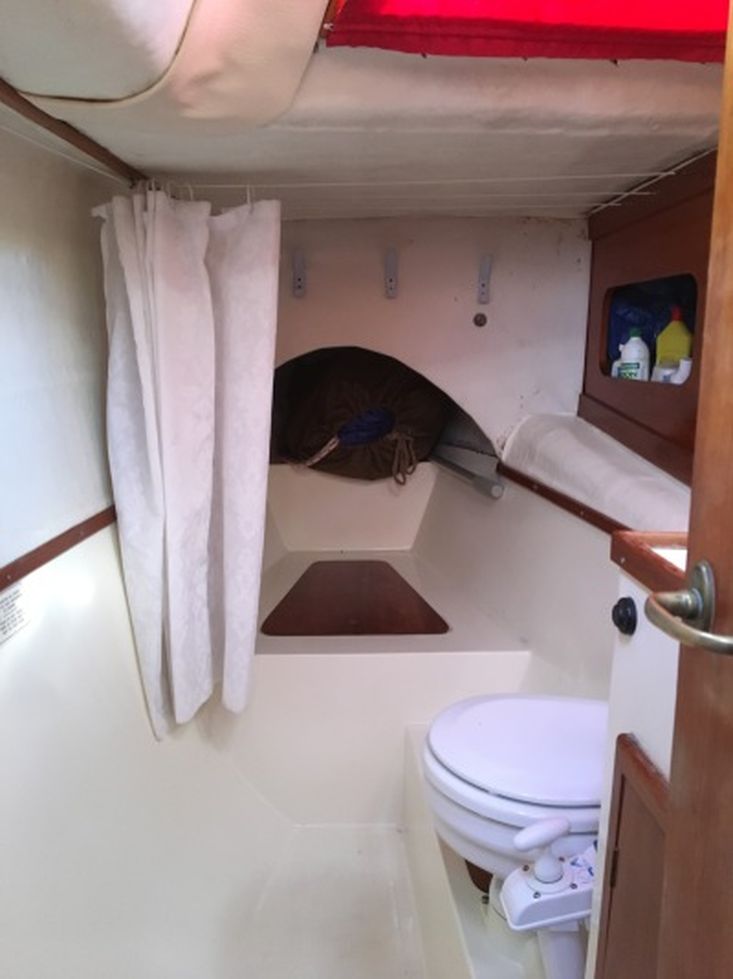 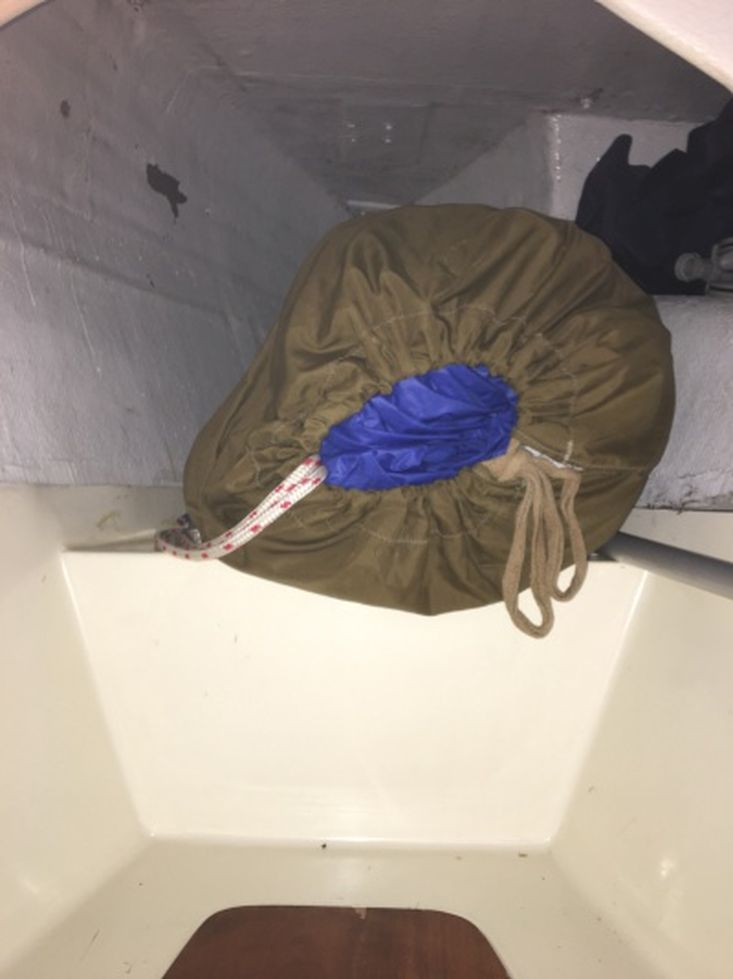 We bought this wonderful catamaran in Greece in 2010. Sailed one summer among the Ionian Islands. The following summers we crossed the Mediterranean and sailed the boat home to Sweden via the French canals. Since then we have sailed to several countries in the Baltic, the North Sea and the English Channel.

Over the years, numerous improvements have been made to keep the boat in good condition, such as new engine, new electrical installation with Lithium-Ion batteries, new gas installation with new pipes and 3-burner, new sails, new standing rigging, new refrigerator, new heater and more.

Prout EVENT 34 was built by Prouts on Canvey Island in 1990. The EVENT 34 is an upgraded and modified version of the earlier Prout 33. It is one of the most developed cruising catamarans built and refined over 500 craft. They have sailed many oceans and have a safety record second to none and combine a balance of safety, speed, price and comfort not attained by many others. Prout are well known for keeping their value.

Our EVENT has been well looked after, stored ashore and covered each winter, serviced and polished before commissioning. If wanted - she comes with a lot of equipment for long term cruising or liveaboard, such as spare parts, tools, life vests, kitchen equipment, sea charts, pilots and more. VAT is paid, we have full documentation and there is no debt on this boat.

We have found the boat very comfortable to live on during an extensive cruise. Whether you plan to circumnavigate the world or stay in the archipelago of Stockholm, this is a boat that can meet your demands.

On the way Stockholm

Plenty of room for a cat in the French canals

Chasing dolphins in the Med

Cutter rig with aluminium Zspar mast with two crosstrees, stainless steel rigging. The cutter rig with roller genoa, staysail and single reef main can all be handled from the cockpit. Selftackning staysail.

Boats for sale
by continent

Boats for sale
by country